Mayank is a corporate executive during the week, a philanthropy inclined yoga teacher over the weekend and a yoga ambassador round the clock. Certified from Sivananda Yoga Vedanta Centre, he founded his personal practise on the principles of Abhyasa [persistent practise], Swadhyaya [self-study] and KarmaSeva [selfless service].

1.  Which would be the first 3 things your family or best friends would say about you?

Balanced, Organised and with a Sense of Humour

2. When did you start practicing yoga?

I was always into fitness and in my teens was a keen hiker and rock climber. I became a rock climbing instructor for school kids while still in college and then dabbled a bit with some martial arts before finding my ‘home’ in yoga. Starting at some point in my mid-twenties I slowly began to get more and more committed to my practise and in 2004 I completed my first Teacher Training Course and have been teaching since then as well while keeping a daily practice.

A few years back I started exploring the nuances and etymology behind the yogaasana nomenclature. And I believe this rich tradition offers us a door to go beyond the physicality of the poses and connect to the essence.

3. What´s the story behind your initiative Yogasmriti?

Yogasmriti (smriti means tradition) was born to stay true to my two passions around yoga – creating a stickiness around the traditional approach and following Seva or selfless service. All proceeds from my classes are directed to the needs of under privileged children.

4. What do you think about the new yoga & meditation offerings such as goat yoga/ice yoga/trance yoga/beer yoga?

We are increasingly becoming a society of curators. We like to create content digitally and physically. These new age yoga offerings are a manifestation of the same urge – at a shallow level of drawing attention and at a deeper level of creating something novel.

I believe the traditional approach is strong enough to withstand these fads and I prefer to remain non-judgemental and reserve my energy towards evolving my own practise and teaching in the lineage of my Gurus.

5. What´s your ‘paradise’ place on earth?

Most tropical islands fit the paradise moniker for me, with Sri Lanka in pole position. Having lived there for a few years it holds a special place in my heart.

Anything worth gaining requires perseverance and practice

8. Tell us a funny situation that happened in your yoga classes (either as a teacher or as a student!)

A friend of mine started attending my classes and when I would lead the class into yoga-nidra at the end of the session he would fall into a deep sleep. He would remain comatose through the closing chants and the subsequent chitter-chatter of the attendees before they left. I would have to wake him up after everyone had gone. He got so embarrassed about it, despite my efforts to reassure him, that he refused to lie down in Savasana at the end of the class and would remain seated cross legged!

Mayank is also the founder of Yogasmriti , a community initiative conducting Karma Yoga Classes every Friday in Dubai, Business Bay area, Sheikh Zayed Road at 9 am. Check the links for more info about his classes: 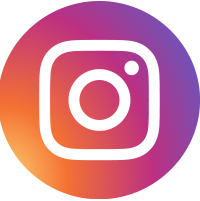